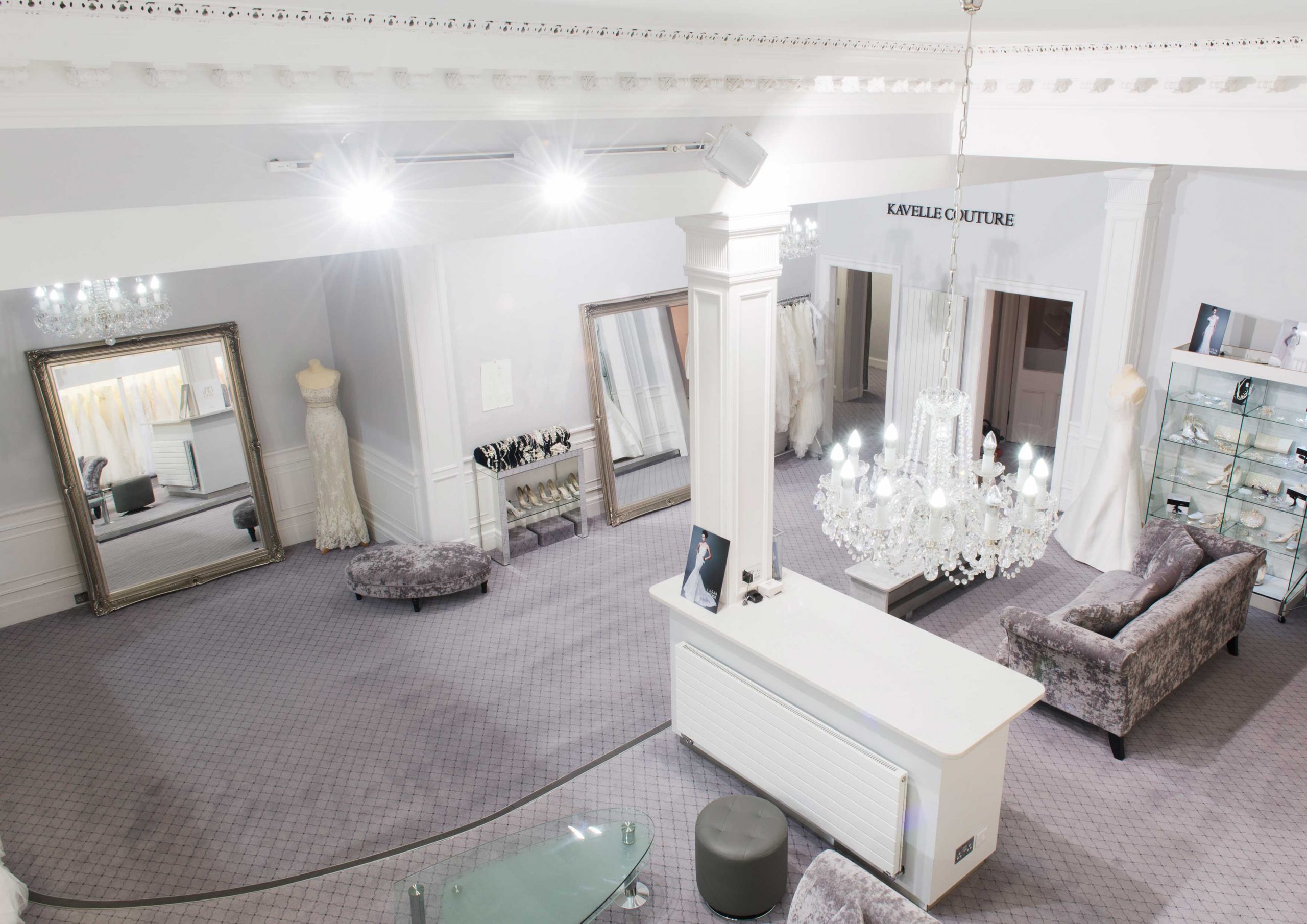 She was self-taught and learned to sew at a very young age, making many different items of clothing for family and friends. This grew into producing formalwear such as waistcoats and suits for local businesses. Her entry into the Bridal Industry was sparked by Jaspal’s 5 year old son returning from school to announce ‘my teacher’s getting married and I told her you could make her dress! Jaspal thought, “I’m sure I could” but thought, who would be confident enough to trust someone who they didn’t know and never mind one who had never before attempted a wedding dress. At school the next day she found the teacher excited at the prospect: she was inspired by Jaspal’s passion and imagination so decided to have the dress made. The dress was a great success.

Jaspal went on to make more wedding dresses through recommendation and decided to name her new business Kavelle, which is her daughter’s name; her first step was to place a small advert in the Yellow Pages. With much hard work, practice and all her customer recommendations, in 1991 Jaspal was able to fulfil her dream of opening her own Bridal Boutique in Edinburgh’s West End.

The business continued to flourish, outgrowing the shop in 2004. When a former Clydesdale bank close by became available she decided to relocate to the bigger premises, which was more than double the size of the old shop, allowing her to offer brides an even greater range of dresses and a selection of designers.

Thousands of thrilled brides later, the Kavelle brand enjoys high recognition, not only in Scotland but around the UK; it has also appealed to clients from as far afield as Australia, Singapore and the United States. In 2011 the company went from strength to strength and relocated to another former bank, a former RBS in Edinburgh’s New Town. The boutique saw the launch of more of the world’s leading designers, such as Atelier Pronovias, Lusan Mandongus, Pronovias, Galia Lahav and YSA Makino. Industry professionals have described the shop as a “boutique with a soul”, designed to create a fairytale experience for each and every bride.

Continuing the ethos of putting the individual bride first, the business is now run by two generations of Jaspal’s family.

Jaspal named the business after her eldest daughter Kavelle who started helping out at the weekends from her teenage years and after leaving school worked alongside her. The family has seen the wedding dress industry change over the past 30 years, from fairytale dresses of the Princess Diana era to the sophisticated lace gowns or sexy styles favoured by modern celebrities.

A well-earned reputation of excellence is the reason brides travel from far and wide to have their wedding dress designed and handmade by the Kavelle team. Our gowns are the pinnacle of exquisite workmanship and exude glamour and elegance. Gowns can be individually designed and hand-made or bought ready to wear. The shop also offers a substantial choice of designer wedding dresses that have been selected to complement the Kavelle brand.

A wedding dress is one of the most important purchases a woman will ever make. At Kavelle we aspire to make this a wonderful experience as well as creating a life-long memory.

Make an appointment at Kavelle Bridal Boutique in Edinburgh to find the dress of your dreams.